If you arrived here from out online store, you can return by clicking right here.

Herb of the Week -- Cuban Oregano 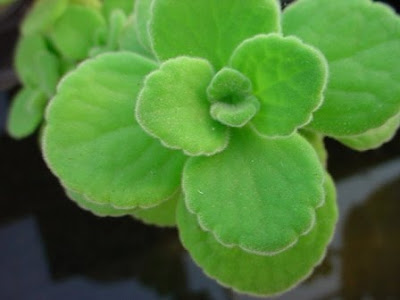 This weeks Herb of the Week is Plectranthus amboinicus, commonly known as Cuban Oregano. I have talked about this before, but herb names are funny sometimes. Cuban Oregano is neither Cuban, nor Oregano. It is actually of Middle Eastern Origin, most likely from India, and although it, like most culinary herbs, including Oregano,is a member of the Lamiaceae or Mint family, it is actually more closely related to Coleus than is is Oregano.

Coleus, of course, is a plant grown for it's attractive leaves, and Cuban Oregano, in many gardens is grown for its appearance more than its use. But it is a flavorful herb, used in cooking quite a bit in the Carribean, Java, India and Malaysia.

A succulent perennial herb it can reach up 10 20 inches in height with fleshy leaves in opposite pairs. It occasionally produces pale violet flowers.

This is a sprawling herb that will take up a lot of room indoors, but is also a tender herb, very sensitive to the cold, so if you live in an area where you have any frost, it will not do well outside.

For this reason, many people tend to grow it in a container, letting it grow up throughout the warm months, but cutting it way back to take indoors in the winter.

Unlike most herbs, Cuban Oregano requires a heavier soil, (one with peat or other organic matter in it, to help hold the moisture) and should not be allowed to dry completely before watering.

I was introduced to this herb through the Michigan Master Gardeners Herb Garden at the Michigan State University County Extension office in MaComb County. They had it growing in their garden, and at the end of the season, they graciously allowed me to cut some to experiment with. I also attempted to root some cuttings, and so far three of the four that I rooted are alive, one of them doing quite well. I hope it survives the winter so I can plant it outdoors when it gets warm.

Available in both plain and variegated varieties, this herb is very aromatic, much like Rosemary, and will give off a strong smell after a rainstorm, or on a warm sunny humid day.

Brushing the leaves with your fingers is enough to release some of the oils, leaving your fingers smelling faintly like a cross between thyme, oregano and rosemary, with just a hint of citrus.

Research shows it is most effectively grown from cuttings and does not need rooting hormone. It grows best between 65-75 degrees, growth will slow significantly below 60 and may, while not truly bolting, tend to get a bit leggy or spindly at temperatures much higher than 80. Planting in full sunlight, rather than partial shade, tends to help this problem.

Although not grown for its flowers, occasionally it will produce spikes of a small purple flower in the fall. 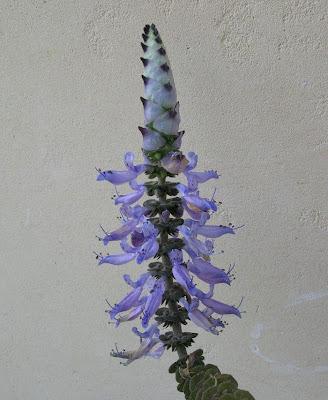 Harvesting the plant is very easy, as the leaves are brittle and will fall off in your hand if you handle the stems too roughly, so simply holding a tray under the stems and running your fingers down them will quickly strip the leaves.

Of course, judicious pruning will allow you to harvest the plant and still have an attractive plant growing. Never harvest more than 2/3 of any plant at one time.

Culinary uses for Cuban Oregano seem to be mainly with meat of stuffing although it may be used other ways as well. It holds it's flavor a little better under heat than some herbs, and therefore is good for stuffing, especially strong flavored meats such as wild game.

It is sometimes used as a substitute for Oregano, and if you find a food that is labeled "Oregano Flavored" odds are that this is the plant that was used.
When cooking with it, it should be used sparingly so as not to overpower the flavor of the meat/fish.

It is used for Meat in fish in Africa, Southeast Asia, the Caribbean. Eaten in Salads in the Caribbean, cooked with fish, mutton and sour soup in Asia, eaten raw with bread and butter, fried in batter, or used as a flavoring for beer and wine in India and is the principle flavoring ingredient in Cuban Black Bean Soup. 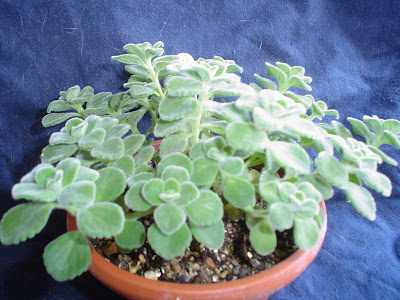 Tea made from the leaves is used in various parts of the world for treating: Bronchitis, Asthma, Colds, flues, other viral conditions, Indigestion, flatulence, stomach cramps, Insomnia, and Pain associated with headaches.

Lest you think this is the miracle drug herb, remember, I am not in the business of giving medical advice, I cant vouch for the things I find in my research, there have been very few clinical studies done on the medicinal properties of most herbs, and one should always consult a physician before attempting to treat any serious medical condition. 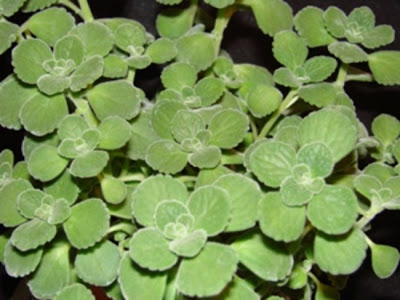 Although I couldn't find a lot of history on magic and folklore associated with this plant, there is evidence that some Brazilian people and especially African Immigrants to Brazil used it in rituals. It was burned as an offering and to consecrate temples, and also widely used in protection and cleansing magic.

Some folklore suggests it as a sign that fairies have blessed a place. Contemporary pagan magic often uses it as a smudging agent to purify a space before the undertaking of a spell. Worn as a sachet, it is said to increase psychic sensitivity.
Posted by Troy at 12:01 PM

We are excited to have our store finally functional. From there we will ship to anywhere in the USA. Check it out. You can see our product line there.

Our product line is constantly changing.

Where To Find Us

We just finished another farmers market season and are all ready to start the Holiday Market Season.

If you would like to be a part of our test panel, to help us evaluate new products, please send an email to dtlherbsltd@gmail.com and let us know.

This blog was created to share information on Herbs.

If you have any questions, or want me to feature a particular herb, please email me at dtlherbsltd@gmail.com

Check out our business profile on Linked in

Promote Your Page Too